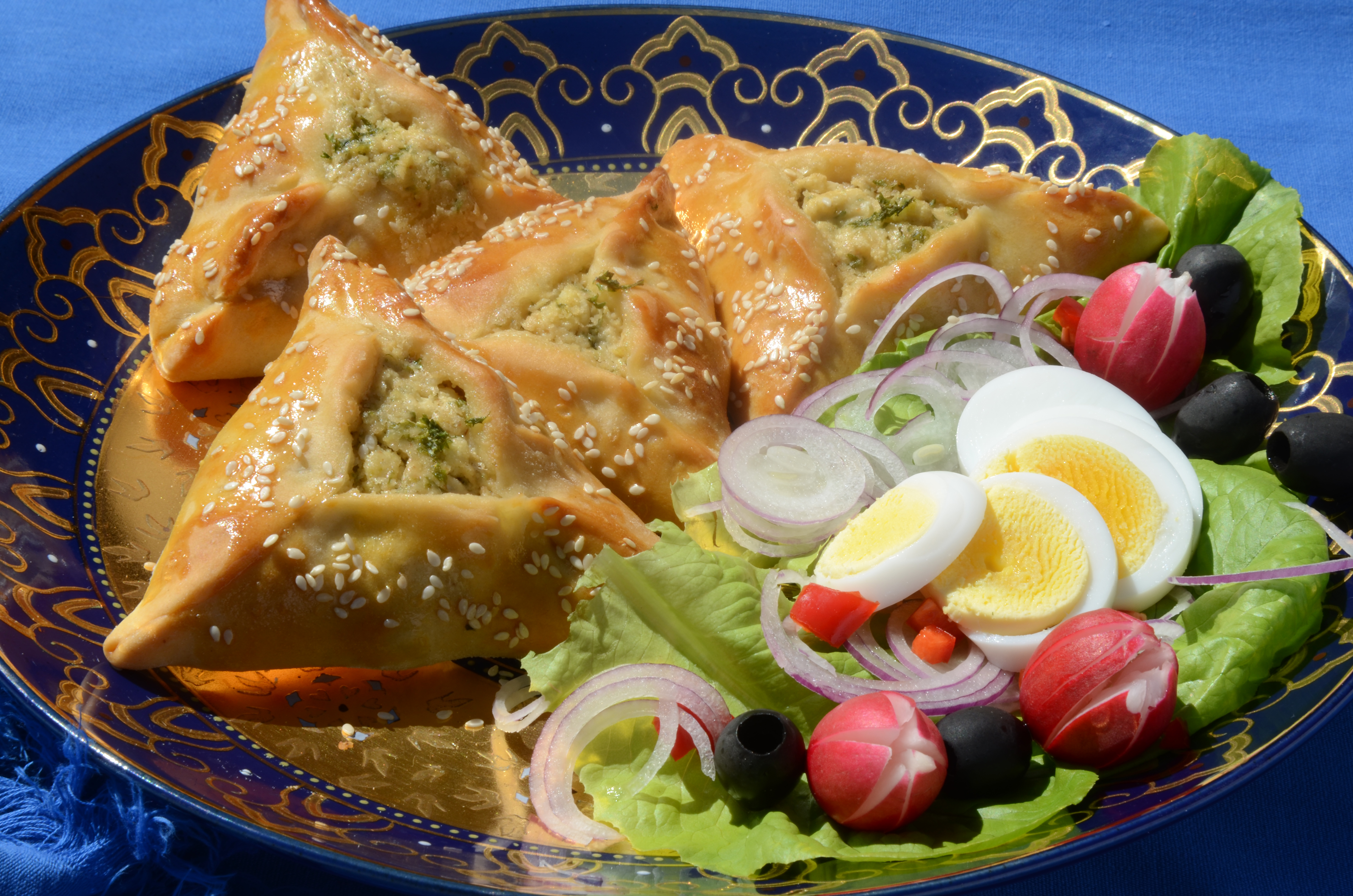 To cover the dough:

Cauliflower’s past is nebulous. It is firmly established that the vegetable stems directly from the prehistoric cabbage family. But the first recipes for cauliflower are written down not earlier than in medieval Arabic cookbooks (for example Al-Baghdadi, 1226) and the first description of the vegetable we find with two Arabic scientists from Moorish Spain: Ibn al-Awwam and Ibn al-Baitar, 12th and 13th century. The name qarnabit is according to the authoritative Arabic-English dictionary of William Lane no loan word unlike the Dutch name bloemkool  which is just as English cauliflower a translation of Italian caviolfiore. Via that country the crop conquered Europe. And so it is possible that the Dutch owe their most popular vegetable to the Arabs.

Here you will find a Lebanese recipe: fatayer bil-qarnabit. Good in combination with a Lebanese egg salad salata bayd masluq. Which is made as follows: spread salad leaves, thin red onion rings and chopped red pepper onto a plate.  Sprinkle with a sauce of lemon juice, crushed garlic and salt. Slices of hard-boiled egg on top. Garnish with black olives and radishes.