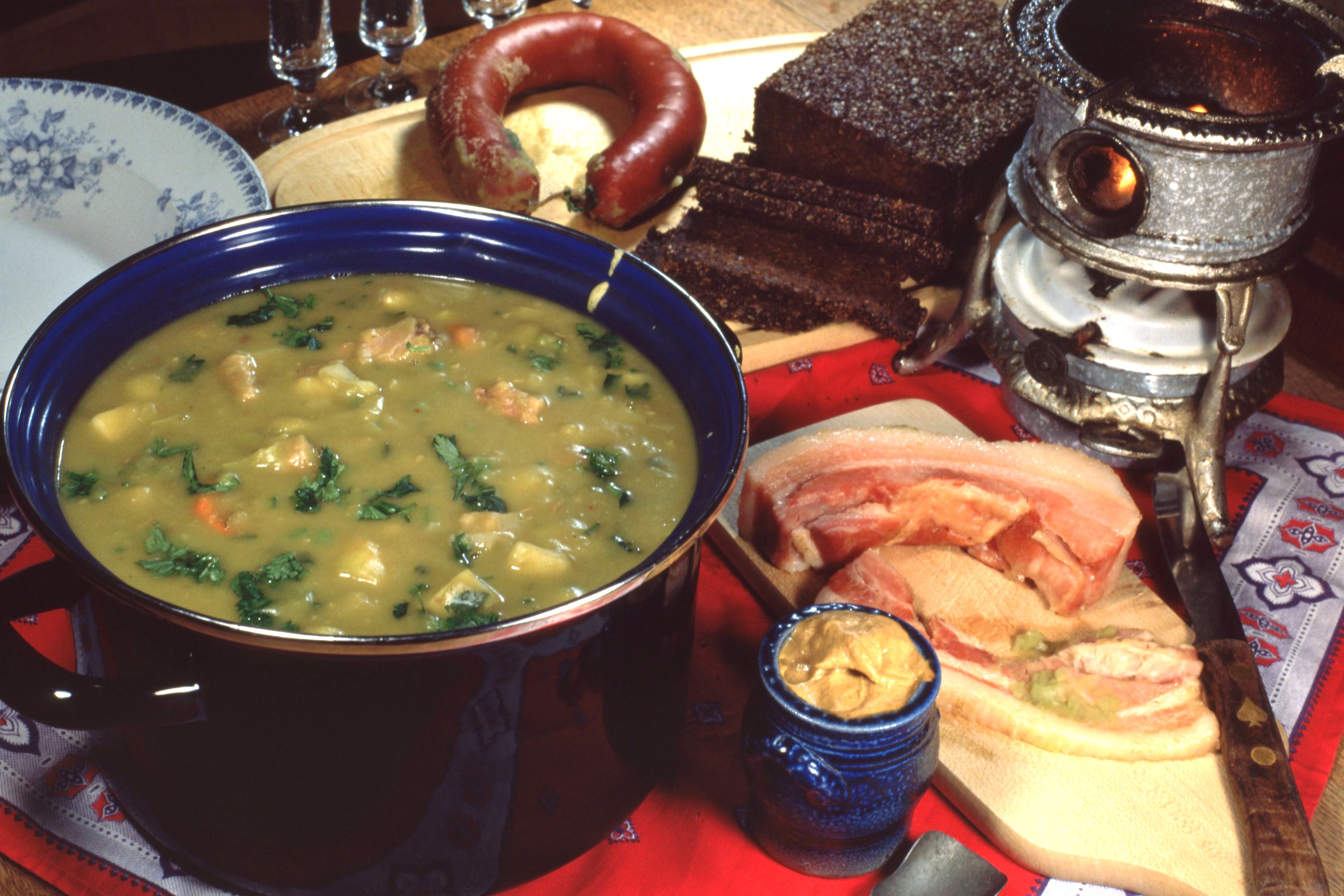 The porridge-like Dutch pea soup has a long history. In the first Dutch cookbook (1514) it is a sieved pea porridge, thickened with bread crumbs and seasoned with cumin, saffron and fried onions or other spices. Food, meat included, was cooked in one pot and therefore it was always a more or less thick soup.

As dried peas were fare for the common man, later books do not record recipes. But we know that orphans and students were often served green peas, with or without meat. Pulses were an important part of the victuals on ships and pea soup stayed popular during the 18th and 19th century, as it was the only dish cooks at sea could brew reasonably well.

Today it is the signature winter dish of the Netherlands, connected with skating fun on the frozen lakes and canals, where it is sold in stalls. But that does not prevent people in the warm Netherlands Antilles to serve their own version to which they add a piece of hot pepper. Just as in Surinam it is ladled over a  pudding of baked bananas.

Here I present a slightly adapted version from The Perfect Holland Kitchenmaid (1791). She served it with bread sippets. Today it is accompanied by black ryebread.