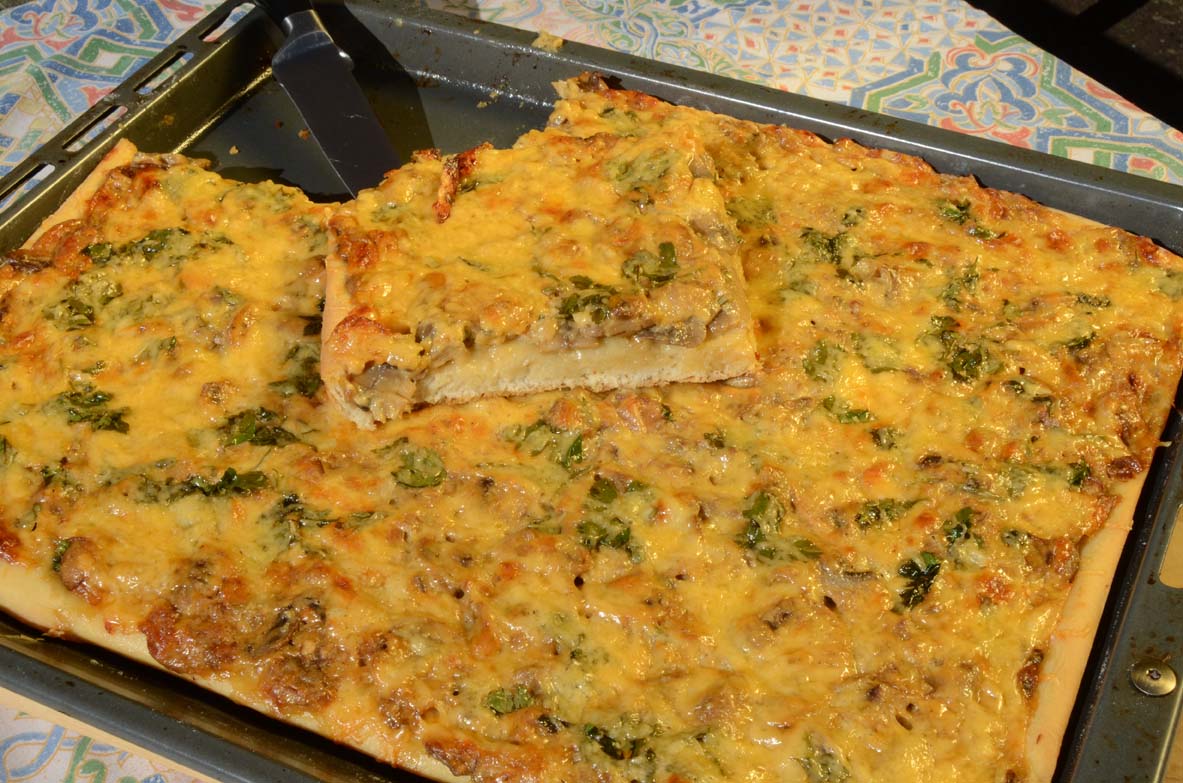 In Limburg, the Vlaai- province of The Netherlands (see: Limburg Tart), a lot of field mushrooms are grown. About 50% of the Dutch production. And nowhere in the world you can be as well trained as a mushroom grower as at the vocational school in Horst. There you will learn how to bring a ‘flight’ (vlucht) of mushrooms to top quality. “Flight” is a poetic term for a week’s harvest. At the right temperature and humidity they fly out of their bed of special compost in a few days. Horst also focuses on compost production, variety breeding and environmental care. Successfully! Dutch people eat more than 3 kilos per person per year, while more than 30 million kilos are exported. A stormy development when you consider that serious mushroom cultivation started there only in 1950. Three hundred years after a melon grower near Paris discovered by chance that edible mushrooms suddenly grew on his finished hotbed manure. The fact that large-scale cultivation got underway so late was mainly due to the difficulty of finding a reliable way of compost preparation.

The mushroom used to be called Kampernoelje in Dutch. That was replaced with the gentler-sounding French word Champignon, which really just means “mushroom”. Especially the field mushroom has thus become the edible mushroom par excellence. Why do the Dutch also speak of a paddestoel (toad stool)? The story goes that the devil regularly roamed the earth in disguise as a thick toad. Whenever he wanted to take a rest, he quickly conjured up a mushroom. Hence, in nature, in addition to edible, there are also poisonous mushrooms. Fortunately, our breeders outsmarted the devil!

* This is a pie for 8 people, but the pastry can be frozen very well (in pieces). So you can come back to it if you want. Therefore buy those mushrooms if they advertize them cheap! And immediately make a pie because when they are white they have the most flavor. Half of the dough fits into a greased flan tin of 28 cm diameter.