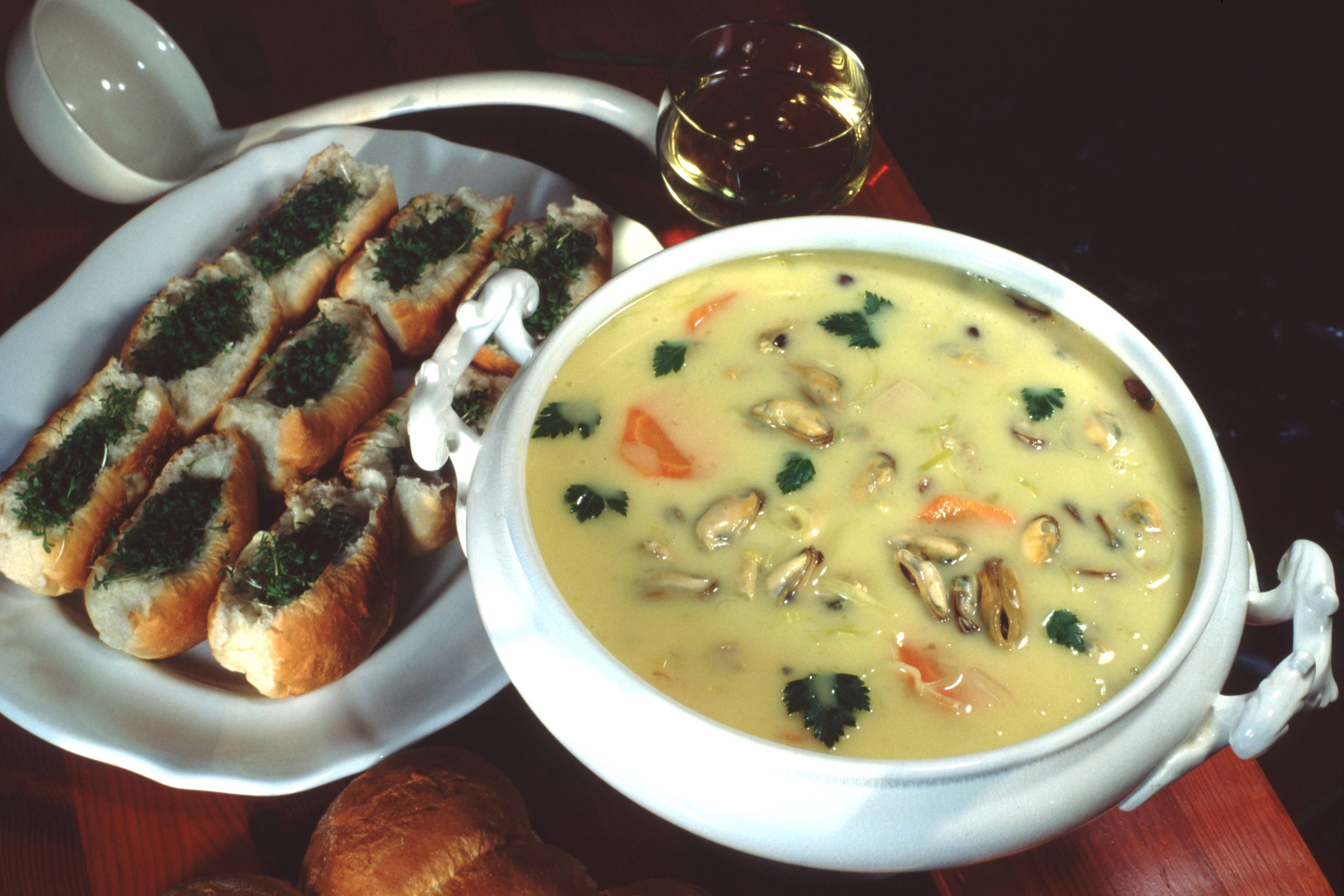 The Dutch have a long history with mussels since in the 15th century fishermen discovered that mussels could be kept fresh by throwing them overboard when home. In the so-called ‘Golden Age’ (17th century) ordinary Dutch people liked to eat their mussels raw with beer for breakfast. But mussels also got a place on the heavily loaded tables of the rich, so temptingly depicted by the famous Dutch painters of that period.

Wine in a soup from Zeeland? Not so surprising if one takes into account that the capital, Middelburg, played an important part in the transport of wines from all over Europe.  Today Zeeland has its own Wine Route, connecting four vineyards of the province.