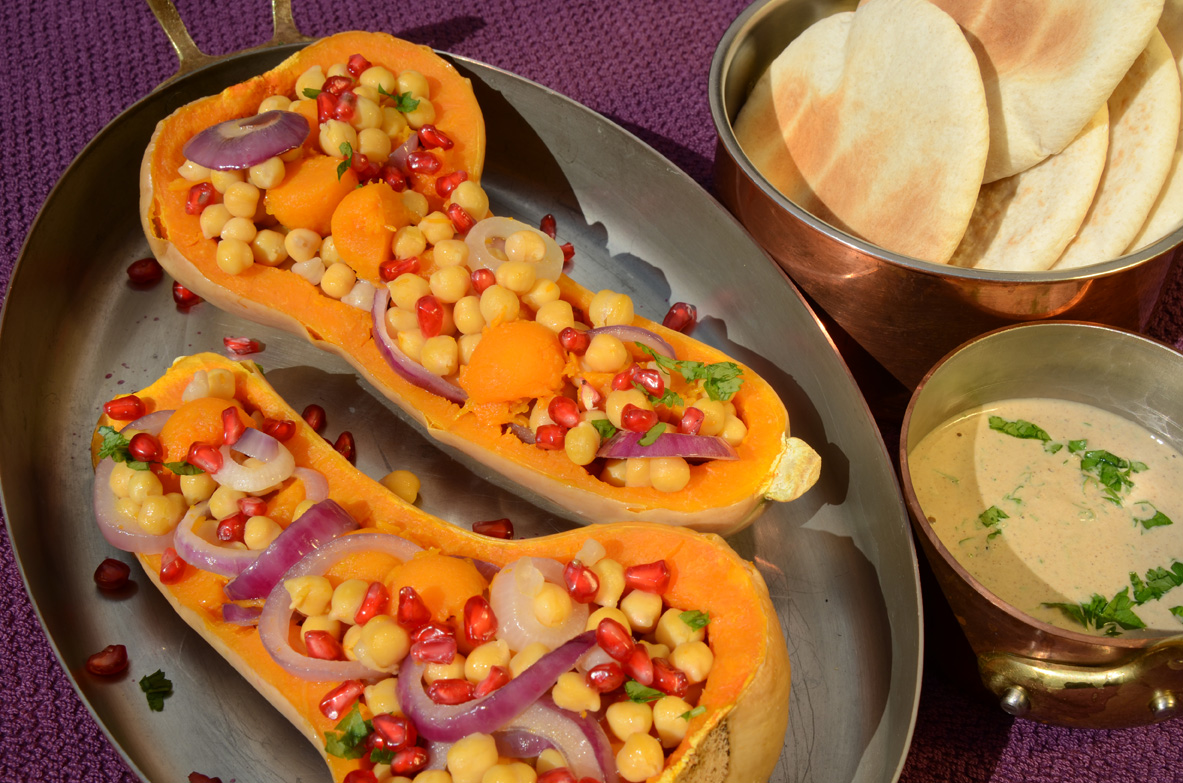 Many culinary writers believe that gourds/pumpkins are of American origin. But palaeontologists think that this sustainable species, just as the coconut, has floated from Africa across the ocean to America a long time ago. For example, pollen from the bottle gourd (cucurbita lagenaria siceraria) has been found in the tomb of the Egyptian pharaoh Ramses II (1200 BC). After patient scraping, the peel was used as a bottle, according to ancient texts from Syria (Ugarit 1300 BC). This type of cheap container is still used in the Middle East. A recently translated Syrian cookbook dating from the Middle Ages (c. 1250 CE) already contains several recipes for bottle gourd.

However, 7.000-year-old remains of the species have since been excavated in Mexico. So if the paleontologists are right, this fruit must have discovered America an extraordinarily long time before Columbus!

Here al-qar’a bi-hummus, a modern Middle Eastern application of the young American pumpkin cross ‘butternut squash’ (cucurbita moschata). Because we humans have never wasted what tastes good. Wherever it came from. And especially not when it also looks like a vessel filled with precious stones from the Aladdin’s cave