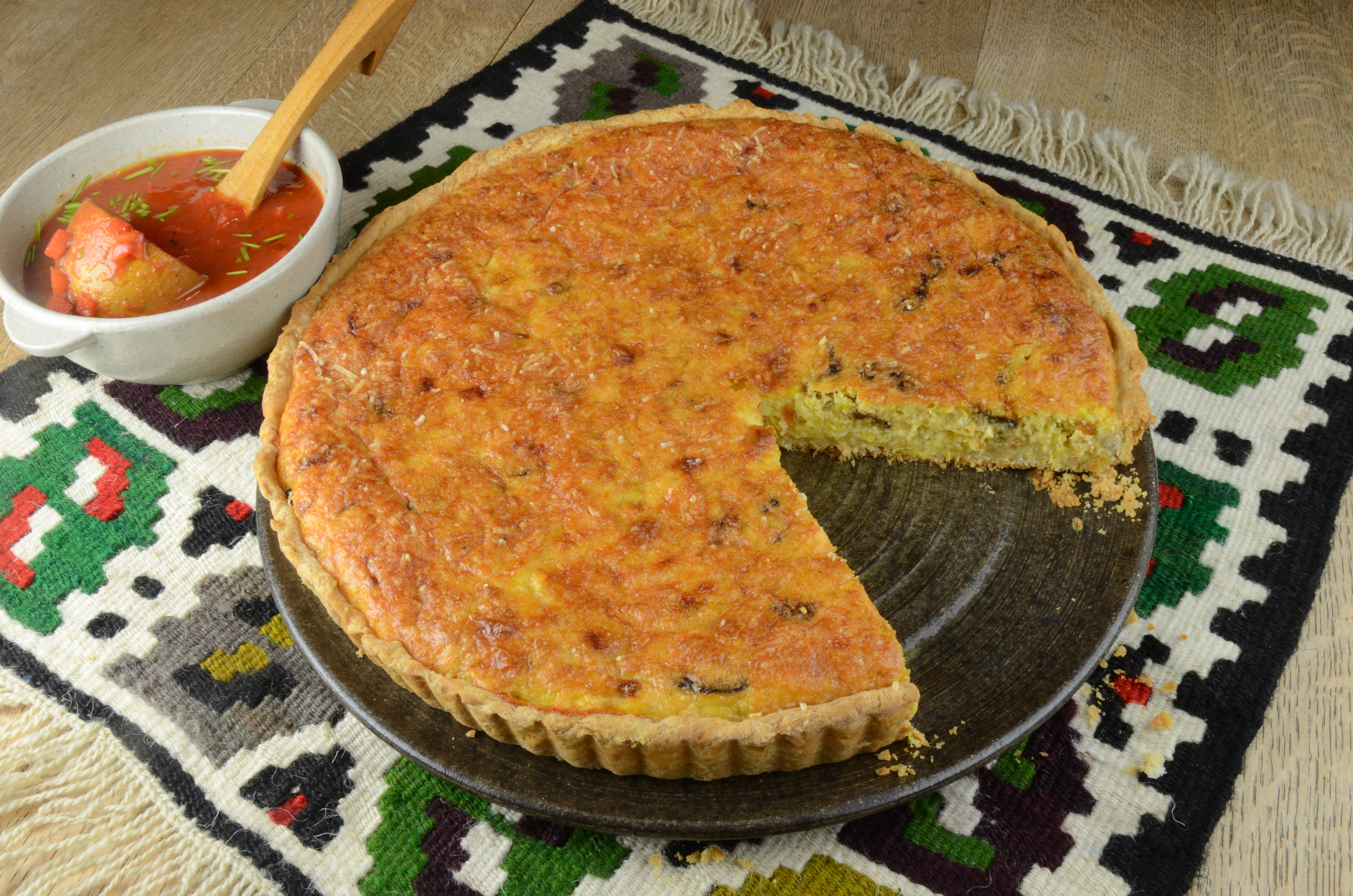 Corn crept into the genes of Latin American people. This grain has been cultivated in that part of the world since 3600 BC where it became a basic food and as such an item of worship.

Early Olmecs (Central Mexico) had cob-shaped heads in honor of their Maize god. Their soft little baby heads were pressed between two little shelves in order to reach that holy appearance (to be seen in Museum aan de Stroom, Antwerp, Belgium).

The Mayan’s holy book, the Popol Vuh, goes even further in its creation story. After the gods had tried in vain to make a man of clay and wood (it became a monkey!), they tried whether it would work with corn. Success! That made humans respectful. So an Aztec woman blew on the cobs before they entered the pan so that they would not be afraid of the fire.

No wonder that there are so many corn dishes. Here Tarta de choclo.