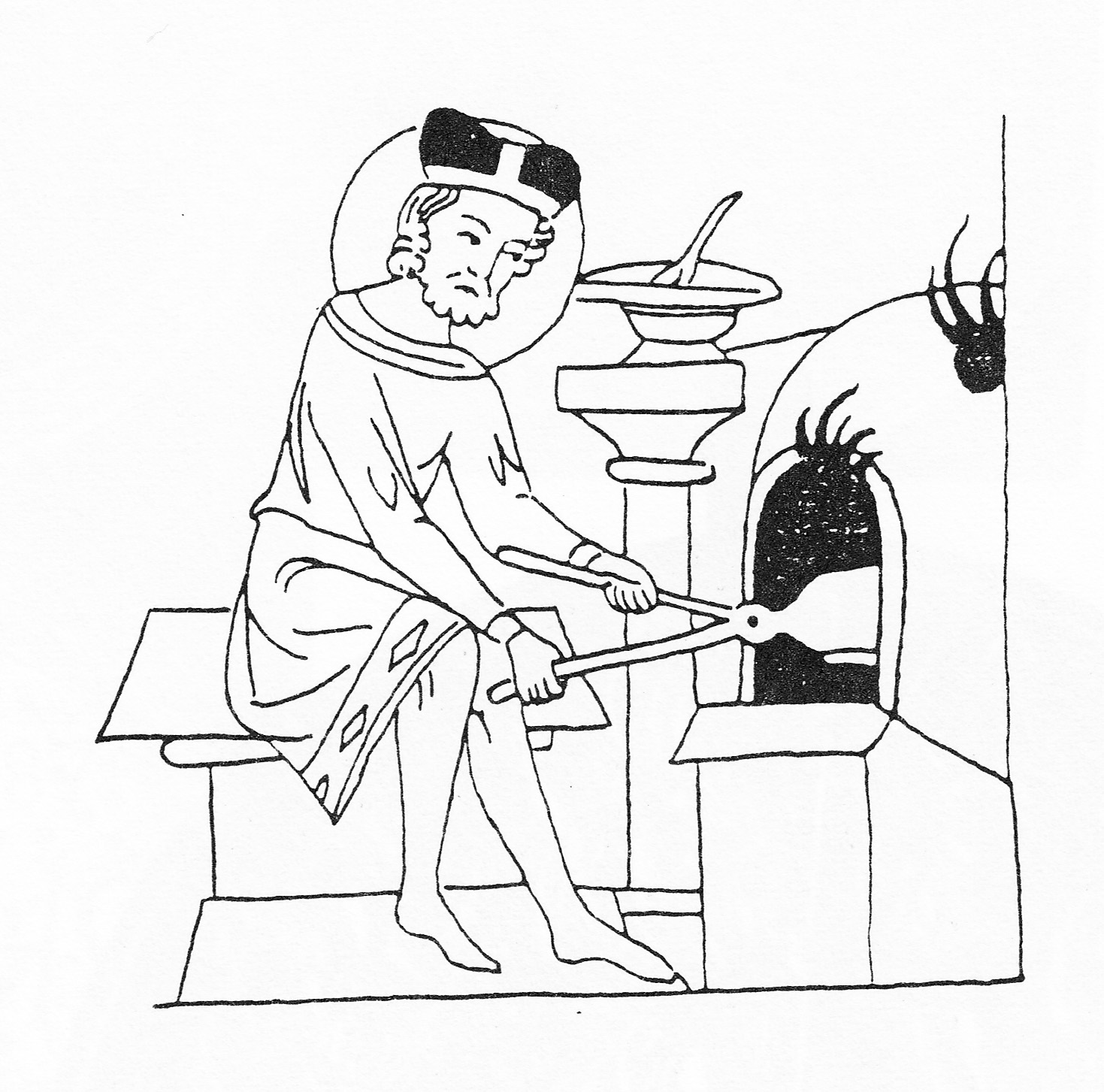 It is generally agreed that the words wafer and waffle (Dutch wafel) must be derived from the Germanic verb weben ‘to weave’. The biscuits owe their name to their appearance as a coarse type of weave resembling a honey-comb (German Wabe). The idea for a wafer/waffle iron probably arose when somebody concluded that a pancake could be made quicker when baked on both sides at the same time. And then discovered that the result was quite something else. Cast-iron was chosen to retain the heat longer and the honeycombed pattern kept the wafer in place.

In France and the Netherlands thin wafers were called oblie, after Latin oblatum ‘that what is sacrificed’, a name for the not yet consecrated host. This host was made by monks in a wafer iron at the time. In Prague a bible dating from 1340 is kept (the Welislav bible), in which

Saint Wencelas (c. 905-929) is depicted baking his own hosts. It is a large iron and so he was baking for himself. The large hosts with biblical drawings were for the priest, the small ones for the communion of the congregation. Except on the Thursday before Easter, by then still New Years Day. Then the numerous poor got large blessed hosts in a festive sweet version. A real treat, because normally poor people only ate rye bread.

Around 1300 laymen were allowed to bake the wafers because clergymen were no longer able to produce large enough quantities of hosts needed. Those oublieurs brought their wafers to church, but also sold them in the streets. Probably they rolled them up to prevent breaking as the wafers were very brittle. Such wafers are still called oublies.

When Pope Gregory XIII changed the calendar the distribution on White Thursday stopped and the wafer became a secular pastry. The distribution moved from Easter to January and from church to private individuals. Oublies were reserved for New Year’s day and flat wafers were baked all year long. A self-respecting Dutch family possessed an own wafer iron. Often with biblical drawings but also of the profession of the owner: a mill, a plow or even a sour poem as was written on an iron from Twente (1754):

Die heden is U friend

Tell nobody your secret

Nor your secret thought

Who is your friend today

Will despise you tomorrow

But the wafers that came out of it were meant to make friends. With the electric wafer/waffle -irons it has become very easy to build up a cheerful circle of friends.

I do not keep my recipes under cover for you!

See for more information: Janny de Moor, The wafer and its roots in: H. Walker (ed.), Look and Feel: Studies in Texture, Appearance and Incidental Characteristics of Food: Proceedings of the Oxford Symposium on Food and Cookery 1993, Prospect Books: Totnes 1994, 119-12. ISBN 0 907325 56 4 (also on internet). 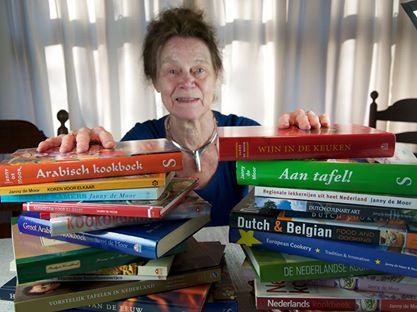